It is considered the masterpiece of architect Fernando Guerrero Strachan's work and took five years to complete, finally being opened in 1926 by King Alfonso XIII under the name "Hotel Príncipe de Asturias". From 1936 until 1939, it was used as a hospital during the Spanish Civil War. It then returned to being a hotel, under the moniker Hotel Miramar, until it closed for business in 1967. During the period of 1987 to 2007, it was used as a courthouse. This beautiful historic building has welcomed illustrious guests from amongst European nobility, the world of the arts and Spanish high society.

The luxurious Gran Hotel Miramar GL is set in a listed XX century building and is located in Malaga, 10 metres from La Malagueta Beach. This beachfront hotel has a spa centre and a seasonal pool.

Featuring views of the beach, the garden, or the city, the elegant rooms at this hotel are air conditioned and equipped with a flat-screen TV with satellite channels, and an entertainment media library, as well as Bluetooth sound system, USB and HDMI connections. All rooms are fitted with a private bathroom equipped with a bath, mirror with temperature and clock and Bulgari toiletries.

The hotel restaurant Príncipe de Asturias offers International cuisine with a Mediterranean touch, as well as an informal snack bar. It also has roof-top chill-out terrace where guests can enjoy drinks, and stunning sea view.

Breakfast is served at the pool level and it consist on an extensive buffet offering a great variety of fruit, cold meat and cheese, pastry, and a show-cooking part for your on-demand requests.

Other facilities include a children's pool and a seasonal miniclub, or a wide range of meeting and conference rooms.

Alcazaba is 700 metres from Gran Hotel Miramar GL, and the city centre is a 10-minute walk away. The nearest airport is Malaga Airport, 9 km from the property. 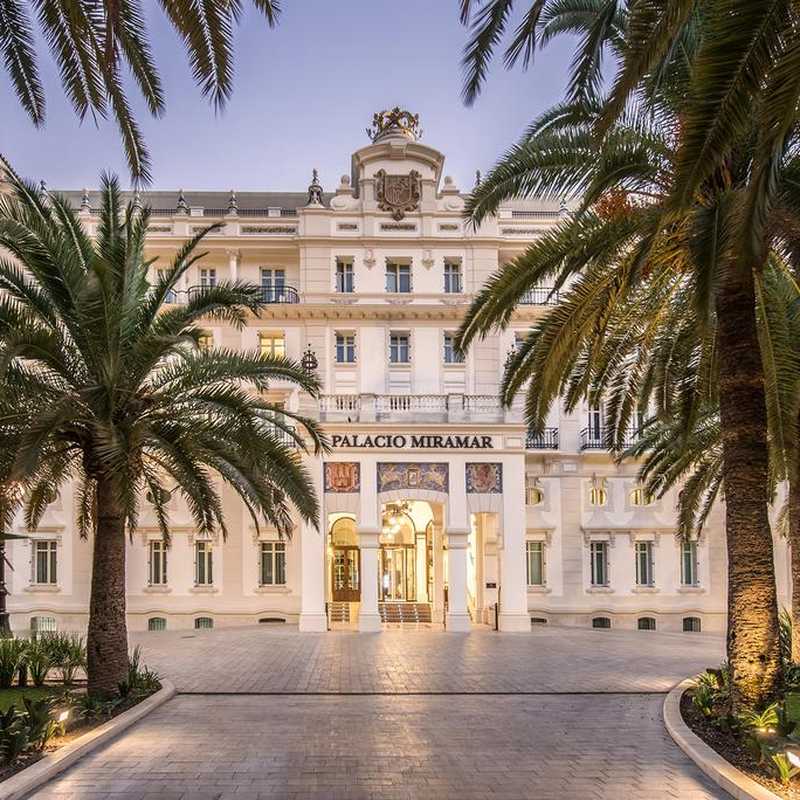